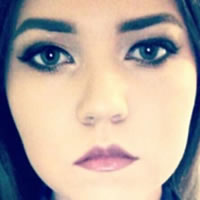 In 2014 I finished secondary school and completed my leaving certificate. Prior to leaving school I did work experience as a chef in Clodaghs Kitchen Restaurant, Blackrock. I was accepted for a place on the culinary arts level 5 course in Colaiste Ide and started in September 2014. While completing my level 5 course I worked every weekend in The Gresham Hotel. I was offered a scholarship to work in Budapest, Hungary which I did in March to April 2015. I graduated at the end of level 5 with a full award and also achieving runner up chef of the year. I continued my studies into level 6. I did more work experience at the time in L'ecrivan by Derry Clarke and AVenue by Nick Muiner in Dublin. After that I started working in the Radisson Blu Hotel Dublin Airport at the weekends. I graduated in 2016 with full awards again, and I also won the Brian Hogan KSG achievement award. I worked in Palm Beach Florida USA as a line cook for 2 months. Colaiste Ide has really helped me in pursuing my career as a chef. I would highly recommend Colaiste Ide to anyone as they have a great range of courses and have excellent teachers and staff. 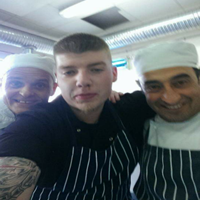 My name is James Curran, I was in the first year of level 6 that Coláiste Íde ran.

The time I spent in Coláiste Íde was definitely a pleasure. I must admit that I had my hesitations about the whole college thing, as I had been in the industry for 4-5 years before I went to Coláiste Íde.

Our level 6 had a mix of existing industry members and complete newbies, but none the less we all mixed and worked as a team to make sure that we all moved along as one unit.

We were pushed by our teachers to be the best we could be by the time we finished up, and either went back to the industry or went on further in the education field.

Some of us went and competed in the Chef Ireland which was great fun even under the short notice and practice time frame we had but very enjoyable.

I myself finished went back to work and within two years had my own establishment in 2016. Which was challenging but very rewarding.  I can honestly say that I wouldn't be where I am today with the teachers and my class mates from Coláiste Íde.

Click here to view the range of options in the School of Culinary Arts and Hospitality.